Transition and transformation for change in a complex century

Leaders today face an increasingly complex global reality. Accelerated changes at social, economic and technological level, alongside unprecedented global environmental challenges, such as climate change, biodiversity loss and the degradation of our natural resources, bring us to a tipping point where the world has become too big for our planet.

More than in any other period in modern history, these changes generate a new fabric to which leaders must respond: not with the same tools as before, but with an entirely new paradigm. We must have new thinking that will bring about a real and rapid transition to a sustainable bioeconomy, breaking with the 200-year old fossil-based economic model as a matter of urgency. 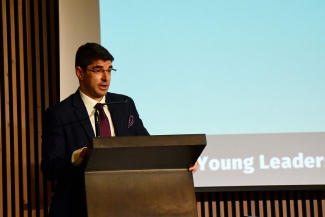 The European Forest Institute is investing in the next generation in order to take up this challenge, with a Young Leadership Programme focussing on bioeconomy now in its third year. The current edition focuses on the Mediterranean and opened on 26 November in Barcelona, Spain, with a seminar: “The role of leadership in times of transformational change: reflections on the bioeconomy.”

“We must look to the next generation of young leaders to connect the future with the present and transform new ideas into action,” emphasised EFI Director, Marc Palahí, who was joined in the welcome by the Minister of Territory and Sustainability for the Government of Catalonia, Damià Calvet. The floor then passed to two keynote speakers to share their vision and insights on the role of leadership in the context of a sustainable bioeconomy.  Esko Aho, former Prime Minister of Finland, and Xavier Marcet, President of Lead to Change, gave inspiring talks from two very different angles on how we might tackle the most salient issues of our time. 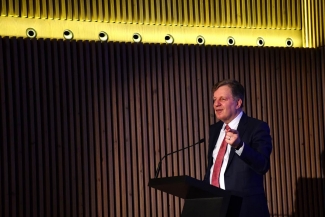 Global change is imminent, Aho stressed, and in the process of this change, tensions are inevitable. Old systems will collide with new advancements yet good leaders not only anticipate these contacts, but find ways to integrate old systems into something new. We might have resources and capacity, but for a bioeconomy to grow we need a new ecosystem that will make it possible. Smart investments are required in technology and R&D development and, in the current absence of any venture capital funding for bioeconomy, there is huge opportunity for investment.

Marcet considered capacity development on a human scale, signalling how young leaders must be prepared to harness new technologies in favour of an “augmented humanity,” enlisting technology to improve bioeconomy processes for people. These leaders, he holds, must be capable of “personally and collectively managing complex and contradictory transitions”, with the transitional process itself being a greater challenge than the final goal. This echoed Aho’s earlier point that “transition is the basis for transformational change” and that focussing on process as well as goals is essential for good leadership. 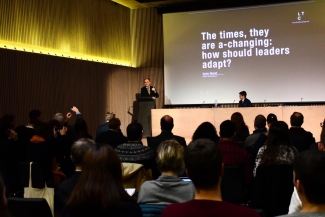 In this complex century, and faced with a new global reality, Marcet sees that it is vital we learn how to manage this complexity and look at problems broadly as well as deeply, taking stock of all the vectors involved and understanding the interactions between them. Leaders must be practical to define a clear objective, bold to take the risks required to achieve it, humble to leave space for others, and inspired to elevate the intrinsic motivation of those that they seek to lead. They must be both transactional and transformational, leading “ambidextrous organisations” that explore as well as exploit in their efforts to adapt.

In the subsequent discussion, regional leaders including Antoni Trasobares, Director of CTFC, and Inazio Martinez de Arano, Head of the EFI Mediterranean Facility, echoed the sense of urgency underlying the day’s speeches. As the Mediterranean region is particularly vulnerable in the face of climate change, the global transformation to an economic system that defends natural resources while providing employment opportunities and resources to support human populations cannot happen soon enough.

Aho emphasised that alongside the public and private sectors, people should act as early users to propel the bioeconomy concept into the mainstream. This requires a multidisciplinary approach; one, as Marcet described, that “organises a combination of deep knowledge with a neo-generalist approach.” Marc Palahí recalled the unprecedented linking of disciplines that accompanied new ways of thinking about the world in the 16th century: “we must all become men and women of the Renaissance.” Aho agreed, noting “the bioeconomy is not made of individual silos – we need architects who can understand its complexity.”

At the core of this complexity is the central premise of the sustainable bioeconomy concept, which underlines its departure from the current system: rather than an economy based on fossil fuels, with its focus on payments and incentives, the bioeconomy transformation is value-based. The speakers urged future leaders to draw on their experiences, their values, and their common drive to protect, in order to create a transformative, conceptual leadership that harnesses technology as an opportunity to execute new ideas.

Throughout the rest of the week, the Young Leadership Programme’s 16 young professionals will have access to different types of knowledge, experience different fields, and have the opportunity to develop their own responses to the challenges of this complex century. In closing the session and opening their Programme, Palahí reflected on a clear final message for these young leaders: “in the end, the effort is up to you!” 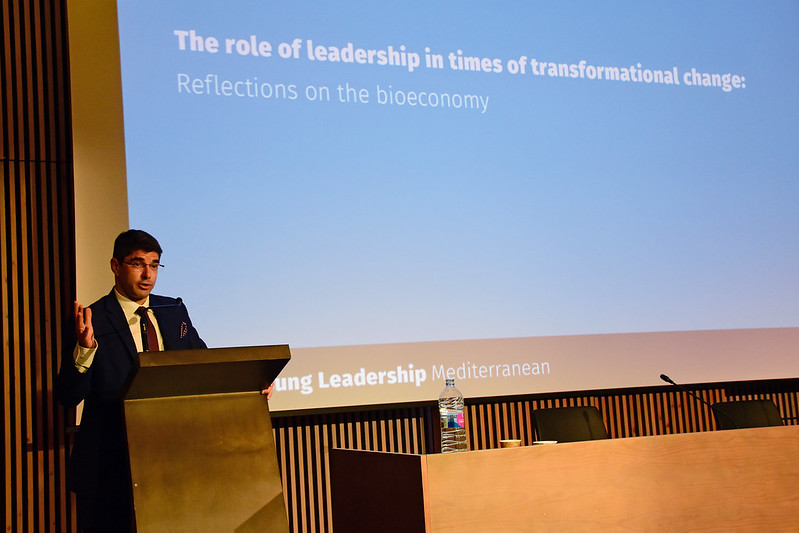 Investing in nature to transform the post COVID-19 economy