What do we know about the status of forest biodiversity? 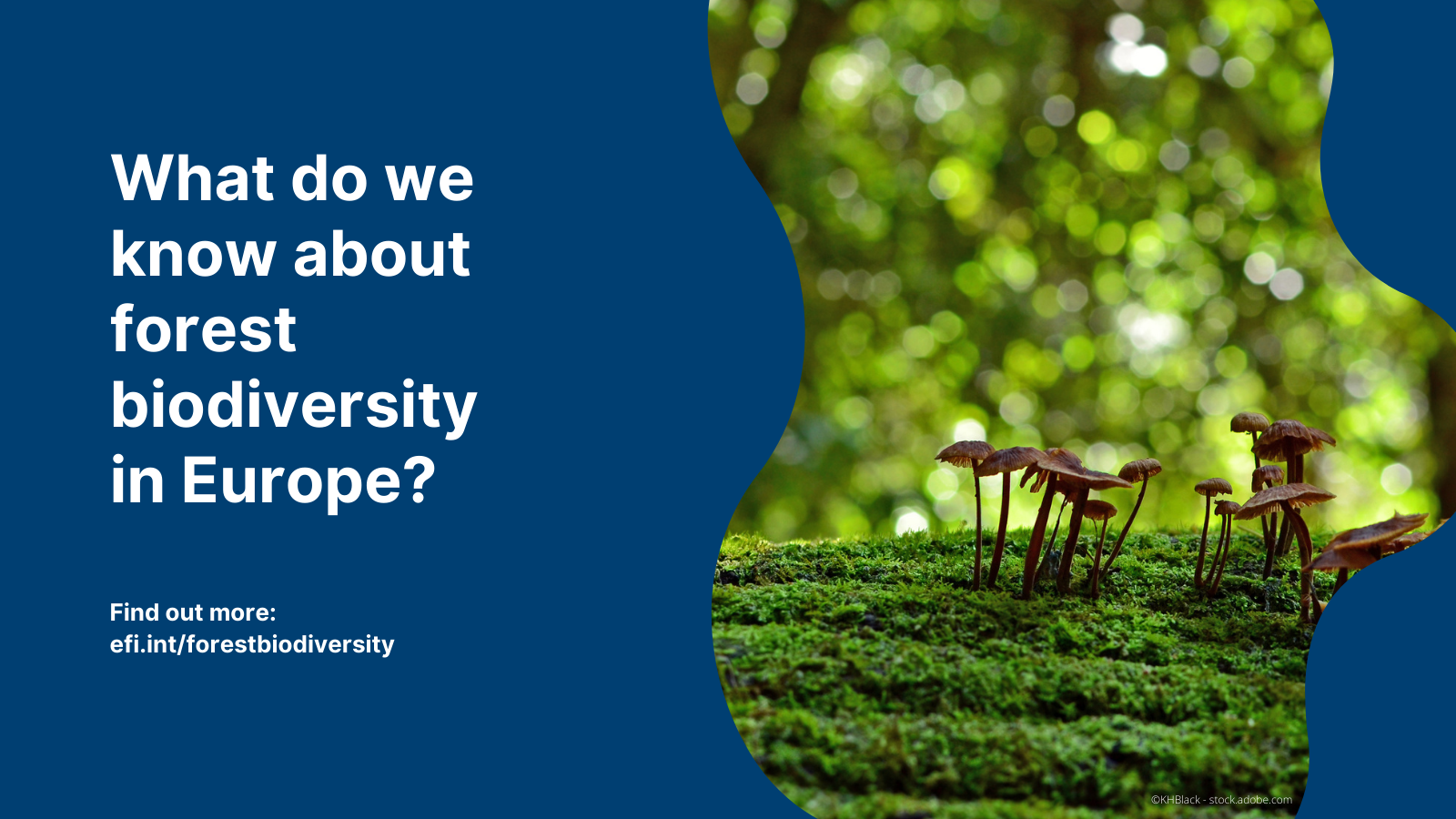 Public awareness on the threats to biodiversity in general has markedly increased in recent years through a combination of local/regional studies and global assessments (e.g. IPBES 2019). Quite often it is assumed that a decline in biodiversity occurs across all land-use types. However, for European forests, an overall biodiversity decline cannot be verified, and several important indicators also point in the opposite direction.

Unfortunately, there are very few indicators in the important European forest assessment reports (i.e. EEA 2020, Forest Europe 2020, Maes et al. 2020, IPBES 2018, Rivers et al. 2019) that directly monitor forest biodiversity, e.g. common forest bird species protected under the Birds Directive, or other species protected under the Habitats Directive or IUCN Red List species. In addition, there are some structural, compositional and functional proxy indicators of (certain elements of) forest biodiversity such as tree species composition, deadwood, regeneration, naturalness, and forest fragmentation, indicators on pressures on biodiversity, e.g. alien species, and the indicator of protect forest areas. From these reports and assessments we can infer that in terms of average functional diversity European forests are doing well and show clear trends of improvement, but in terms of safeguarding rare/endemic and threatened species, the situation remains precarious (e.g. Rivers et al. 2019), although information on threatened species is also often fragmentary (Forest Europe 2020).

According to the latest State of Nature Report (EEA 2020), common forest bird species show an improving trend (2007-2018) in 34% of the cases, a stable trend in 37% of the cases and a deteriorating trend in 17% of cases. On average, the common forest bird index decreased by 3% between 1990 and 2016 in the EU (with a reversed trend over the last years), whereas the common farmland bird index decreased by 32%. Of non-bird species protected under the Habitats Directive, 6% show an improving trend, 37% a stable trend and 27% a decreasing trend (EEA 2020).

Tree species diversity has been improving between 2005 and 2015, with the share of forests composed of 2-5 tree species slowly but steadily increasing (Indicator ‘4.1 Diversity of tree species’, Forest Europe 2020). Since the diversity and abundance of other forest-associated species in European forests is related to tree species diversity (Ampoorter et al. 2020), this is an important indication of improvement. Overall, tree genetic diversity levels in European forests were found to be high across many traits and genes, showing no signs of decline (Erichsen et al. 2018; Eliades et al. 2011; Robledo-Arnuncio et al. 2004). Concerns raised by the 2019 IUCN European Red List of Trees (Rivers et al. 2019) about 42% of the 454 European tree species being threatened have to be carefully assessed. Among the 168 threatened species (not including slightly more than 20 data-deficient species assumed to be threatened), the vast majority (130) belong to the Sorbus genus which has a peculiar reproduction mode leading to an unusually high number of typically only locally occurring species. Threatened Sorbus species mainly occur in a few hotspots in Wales, England, the Carpathians and Hungary. Since these species typically occur in more open habitats, they are mainly threatened by tall forests or deforestation (Rivers et al. 2019).

Deadwood is a key structural attribute of forests that up to 4,000 species depend on (Stokland et al. 2012). Its occurrence in European forests has increased between 1990 and 2015, to varying degrees among regions and only with an opposite trend in Central-East Europe (Indicator ‘4.5. Deadwood’ Forest Europe 2020). For the EU-28, deadwood amounts on average to 11.9 m3/ha and 6.9% of the growing stock. Interestingly, the average volume of deadwood per ha, which is still lower compared to the 20-50 m3/ha proposed as minimum deadwood volumes (Müller and Bütler, 2010) and considerably lower compared to forests that have been strictly protected for a long time (Stokland et al. 2012), is unrelated to the percent of annual forest increment that is removed in fellings across European countries, pointing to other influences (Bauhus et al. 2017).

While 31% of forest habitat assessments have a bad conservation status, forest habitats exhibit the highest proportion of improving trends among the assessments (13%) (EEA 2020). The conservation status of habitats, however, cannot be taken as an indicator for biodiversity per se, and its interpretation regarding biodiversity is complicated due to the differences in the assessment approach among countries. Four parameters must be assessed, (i) range, (ii) area, (iii) structure and functions and (iv) future prospects to yield the conservation status. The parameter ‘structure and functions’ is supposed to include some indicators directly associated with biodiversity. However, the countries define many different specific indicators and thresholds, and often the assessment does not even use indicators but is based on expert judgement (Alberdi et al. 2019), as is also the case for the parameter ‘future prospects’ of species and habitats.

Some forest indicators may even contradict some specific conservation goals, for example high soil nutrient status/availability or soil carbon stocks would be counterproductive for the conservation of the typically highly diverse species assemblages on poor soils, including soils degraded by human activity like forest pasturage and litter raking (IPBES 2018). Indicators like increasing timber volumes or increasing stand productivity may mean more disadvantageous growing conditions for light demanding species (e.g. Sabatini et al. 2018). If there were more concrete targets defined for any of these indirect biodiversity indicators, they would have to be forest habitat specific and would often require target ranges rather than simple thresholds, for example even for forest area itself considering the competition with non-forest species and habitats.