For information or documents about past Annual Conferences or Scientific Seminars, please contact memberships @ efi.int

EFI 2016 Annual Conference took place in Vienna, Austria on 22–24 September. The event was organised in cooperation with University of Natural Resources and Life Sciences, Department of Forest and Soil Sciences and Austrian Federal Research and Training Centre for Forests, Natural Hazards and Landscape. The Scientific Seminar focused on 'Forest-based innovations: a key for Europe’s bioeconomy', with a wide array of cutting-edge ideas ranging from silviculture techniques to forest products and services.

The 2015 Annual Conference and the Seminar “Forest policy research from theory to practice”, was held in Saint-Petersburg, Russia, on 30 September – 2 October. The co-organiser for the Conference was Saint Petersburg State Forest Technical University.The scope of the seminar was to present the state of forest policy research and practice in science-policy interface in Europe and Russia, and to discuss the needs and possible contribution of science into policy-making. A field trip focused on the urban forests, parks and gardens of Saint-Petersburg.

The 2014 Annual Conference and the Seminar “Future of Bioeconomy in Europe”, was held in Bilbao, Spain, on 10-12 September 2014. The co-organisers were The Union of Southern European Forest Owners (USSE), The Basque Institute for Agricultural Research and Development (NEIKER), Bizkaia Forest Service, Corporación HAZI and HABIC Wood.

A Young Scientist session provided an opportunity for a new generation of forest scientists to present their achievements to EFI Network.

The 20th Annual Conference and EFI 20 Years Science and Policy Forum, “ Our forests in the 21st century – ready for risks and opportunities?”, was held in Nancy, France, on 23-27 September 2013. The co-organisers were INRA, AgroParisTech, University of Lorraine, NFZ.forestnet and EFICENT-OEF.

The event stretched for the whole week with various side-events taking place before and after the main conference of scientists and decision-makers on 25 September. The follow-up of the conference included a session on risks to European Forests, and two open sessions: “Shaping forest policy: Global initiatives and the European arena” and the EFICENT-OEF Annual Meeting. One of the side-events of the week was the international conference Woodchem, held in Nancy on 26 and 27 September. Satellite events also took place before and after EFI 20 Years Science and Policy Forum: Climtree (1-5 September, Zürich, Switzerland) and MeMoWood (1-4 October, Nancy, France).

The EFI 2012 Annual Conference and Scientific Seminar was held on 3-5 October in Istanbul, Turkey. The hosts were Istanbul University, Faculty of Forestry, Poplar and Fast  Growing Forest Trees Research Institute, General Directorate of Forestry and Ministry of Forest and Water Affairs.

The Conference started with a morning seminar 'Following RIO +20: European Forests and Green Economy' on 3 October followed by an EFI Bazaar where the member organisations displayed their activities. The day was closed by the official decision-making session on EFI affairs. It was followed by the Scientific Seminar 'Social dimensions of forests' on 4 October and a field trip in the North of Istanbul on 5 October.

The EFI 2011 Annual Conference was held in Uppsala, Sweden on 28 September 2011. The host was the Swedish University of Agricultural Sciences (SLU). The Scientific Seminar on 29 September focused on 'Active Forestry with Responsibility'.

The EFI 2010 Annual Conference was held in Dresden, Germany on 15 September 2010. The host was the Technische Universität Dresden. The Scientific Seminar focused on 'Biomass from Forest and Other Wooded Lands - Production and Use'.

The EFI 2009 Annual Conference was held in Dublin, Ireland on 3 September 2009. The hosts were Forest Service, Department of Agriculture, Fisheries and Food, Forest Research and Development (COFORD), University College Dublin and Coillte.

The Scientific Seminar focused on the 'Adaptation of Forest Landscape to Environmental Changes'. 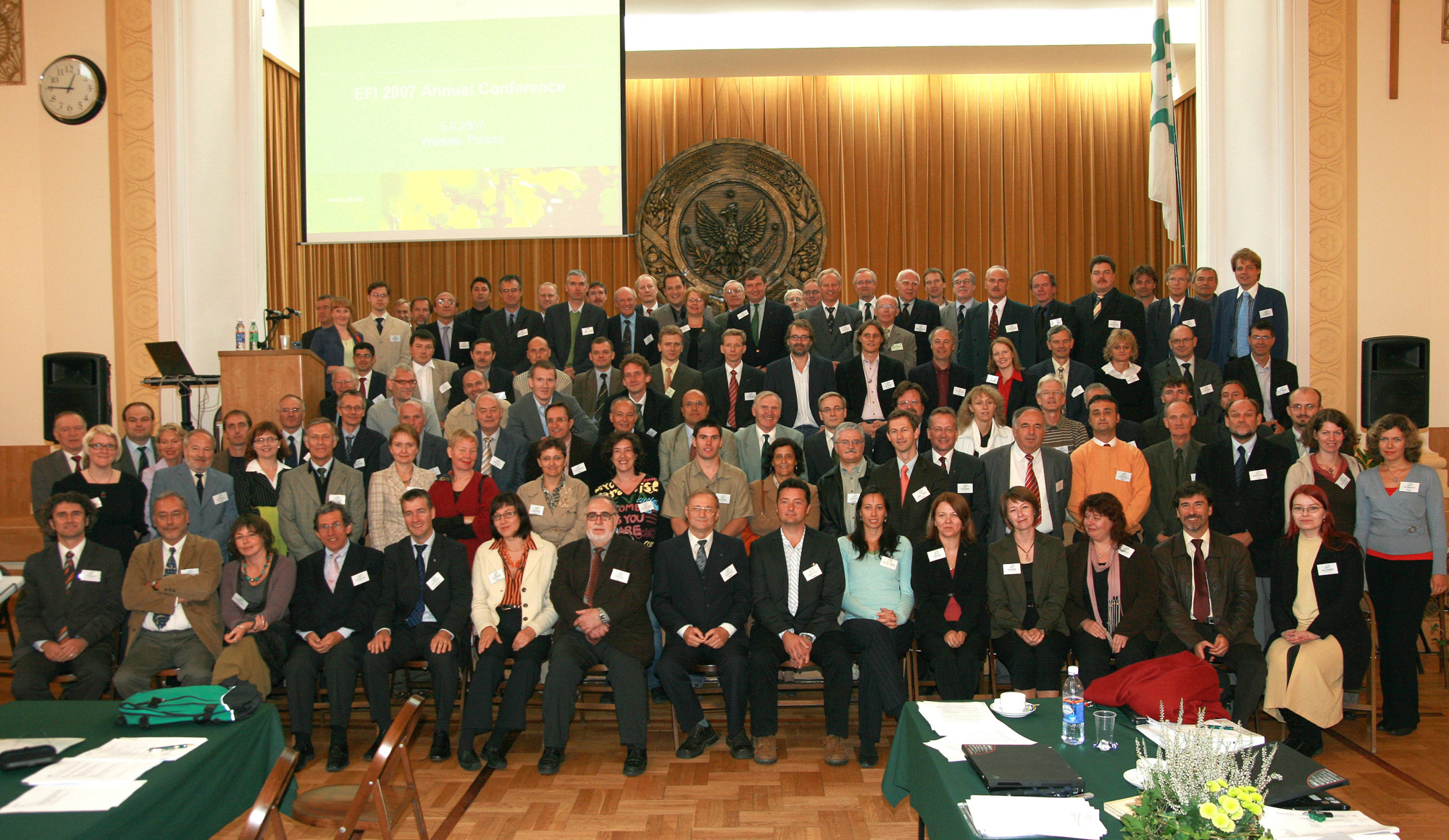 The EFI 2007 Annual Conference was held in Warsaw, Poland on 5 September 2007, and was organised in conjunction with the IUFRO European Congress 2007: Forests and Forestry in the Context of Rural Development, held from 6-8 September 2007. The main host was the Faculty of Forestry, Warsaw Agricultural University, Poland. 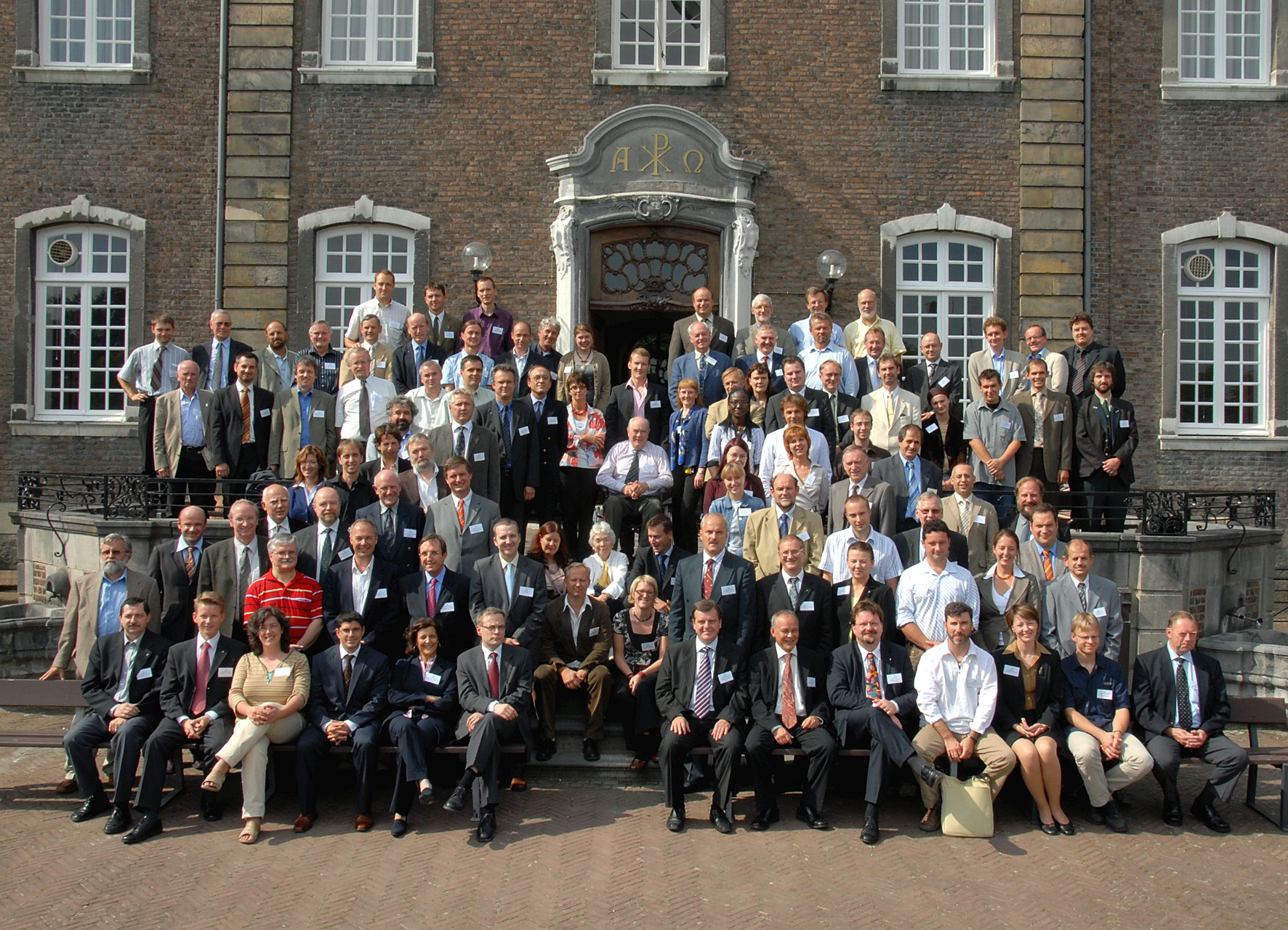 The EFI 2006 Annual Conference was held in Abbey Rolduc, Kerkrade, The Netherlands from 14-16 September 2006. The main hosts were Alterra and Wageningen University, Forestry groups.