Dr Wunder, who joined EFI’s Mediterranean Facility in July 2018, is leading EFI’s research activities on Payments for Environmental Services (PES) and other incentives and new business models for enhancing the provision of ecosystem services. Dr Wunder’s previous work has focused precisely on PES, but also on deforestation and poverty. His interests include the broader fields of natural resource management, biodiversity conservation, livelihoods, as well as climate change adaptation and mitigation.

The highly anticipated Highly Cited Researcher list identifies scientists and social scientists who produced multiple papers ranking in the top 1% by citations for their field and year of publication, demonstrating significant research influence among their peers.

The methodology that determines the who’s who of influential researchers draws on the data and analysis performed by bibliometric experts from the Institute for Scientific Information at the Web of Science Group.

Dr Wunder commented: “It’s certainly a great honour and motivation to be once more on this list. The many citations are most of all the result of my longstanding work on payments for environmental services (PES), which over the last two decades has become a very dynamic field, of great interest to many scholars.”

The data for the Highly Cited Researchers list are taken from 21 broad research fields within Essential Science Indicators, a component of InCites. The fields are defined by sets of journals and exceptionally, in the case of multidisciplinary journals such as Nature and Science, by a paper-by-paper assignment to a field based on an analysis of the cited references in the papers. This percentile-based selection method removes the citation advantage of older papers relative to recently published ones, since papers are weighed against others in the same annual cohort.

David Pendlebury, Senior Citation Analyst at the Institute for Scientific Information said: “Recognition and support of these exceptional researchers represents an important activity for a nation or an institution’s plans for efficient and accelerated advancement. The Highly Cited Researchers list contributes to the identification of that small fraction of the researcher population that contributes disproportionately to extending the frontiers of knowledge. These researchers create gains for society, innovation and knowledge that make the world healthier, richer, more sustainable and more secure.”

This year’s list continues to recognize researchers whose citation records position them in the very highest strata of influence and impact as it includes 23 Nobel laureates, including three announced this year: Gregg L. Semenza of Johns Hopkins University (Physiology or Medicine), John B. Goodenough of the University of Texas at Austin (Chemistry), and Esther Duflo of the Massachusetts Institute of Technology (Economics). Also included are 57 Clarivate Analytics Citation Laureates - individuals who, through citation analysis, we have identified as researchers ‘of Nobel class’ and potential Nobel Prize recipients.

About the Web of Science Group

Web of Science Group, a Clarivate Analytics company, organizes the world’s research information to enable academia, corporations, publishers and governments to accelerate the pace of research. It is powered by Web of Science – the world’s largest publisher-neutral citation index and research intelligence platform. Its many well-known brands also include Converis, EndNote, Kopernio, Publons, ScholarOne and the Institute for Scientific Information (ISI).  The ‘university’ of Web of Science Group, ISI maintains the knowledge corpus upon which the index and related information and analytical content and services are built; it disseminates that knowledge externally through events, conferences and publications and it carries out research to sustain, extend and improve the knowledge base.  For more information, please visit www.webofsciencegroup.com. 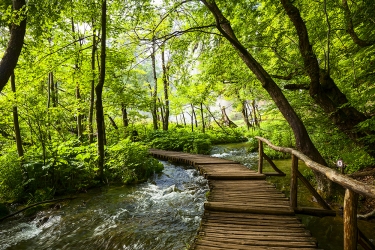 We’re building on the success of the MFRA 2020 by bringing together expertise from across the Mediterranean to identify the main challenges – and opportunities – for the next decade of forest research.
Read more

If you are involved in a forest-based care or green care tourism initiative, then take the survey to help understand the green care market!
Learn more

EU forests provide many products and services to society, benefiting citizens in numerous different ways. The expectations for forests are high – and they are subject to many and varied demands, not
Read more
See all