From the moment in 2009, just after the major devastating storm in France, that EFIATLANTIC won a tender from the European Commission to investigate “Destructive storms in European forests; past and forthcoming impacts”, the EFI group in Cestas France has been actively engaged in studying the impacts of storms on forests and in disseminating that information.

The report from that original contract (Gardiner et al., 2010) has been very widely cited in the scientific literature and has formed part of the basis for European Union policy on risks to forests.

Following the publication of the contract report, Andreas Schuck of EFI Bonn encouraged the publication of a book in the EFI series “What Science Can Tell Us”. This book (Gardiner et al., 2013) provides the latest and most up-to-date resume of our understanding of the factors controlling forest wind damage, the impacts of wind damage on forest economics, biodiversity and people, and the likely changes in the levels of wind damage in the future. 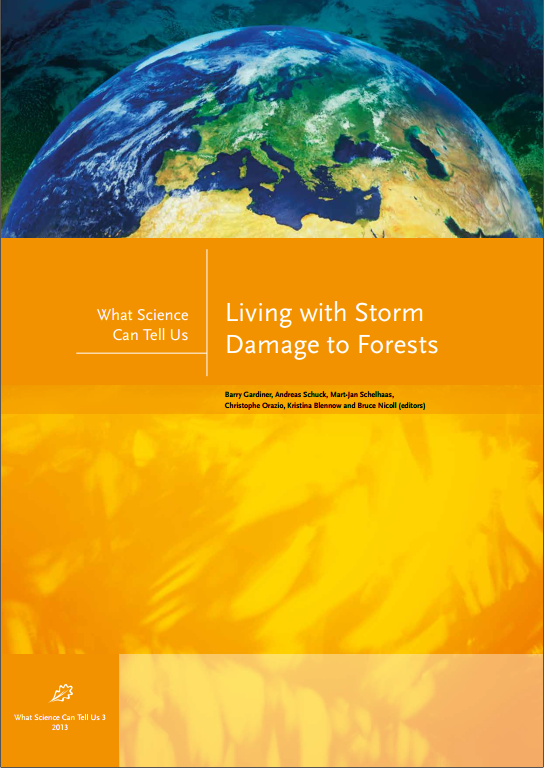 "Living with Storm Damage to Forests”. Published in the EFI series “What Science Can Tell Us” following the completion of a report to the European Commission DG Environment entitled"

While synthesizing knowledge on storm damage to forests, EFIATLANTIC (now EFIPLANT) was also busy developing tools for calculating the level of risk to forests from wind and other hazards. This work was undertaken as part of a series of Interreg SUDOE projects, FORRISK and PLURIFOR and the 7th Framework project INTEGRAL.

The focus of these projects has been on understanding how forest management affects the level of risk, and on transferring and sharing knowledge across Europe and especially within the south-west of Europe.

A particular concern has been the changing nature of hazards affecting forests in the region with new pests and pathogens, increased levels of summer drought and fires, and increased and unprecedented levels of wind damage as exemplified by Storm Martin in 1999, Storm Klaus in 2009, and Storm Xynthia in 2010. These storms created damage in part of Europe previously unaffected and with little experience of preparing for storms and in dealing with their aftermath. 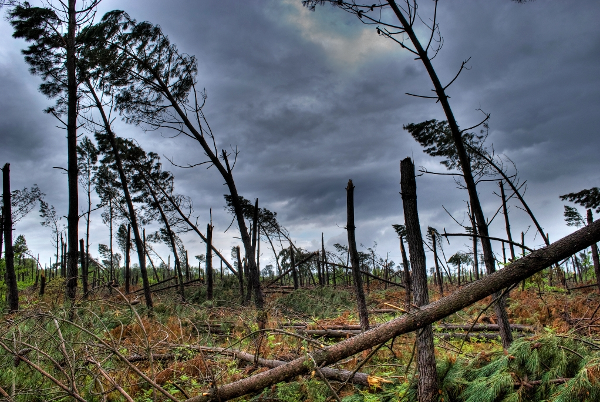 A key approach has been to adapt tools developed in countries with longer and more detailed experience of wind damage to forests. EFIPLANT was instrumental in developing wind damage risk models for forests in the south-west of Europe based on models developed in Scotland by Forest Research who have a long history of research on wind damage.

The wind risk model ForestGALES (Hale et al., 2015) was modified for both Northern Spain and for France by including additional tree pulling tests  and local wind climate information. 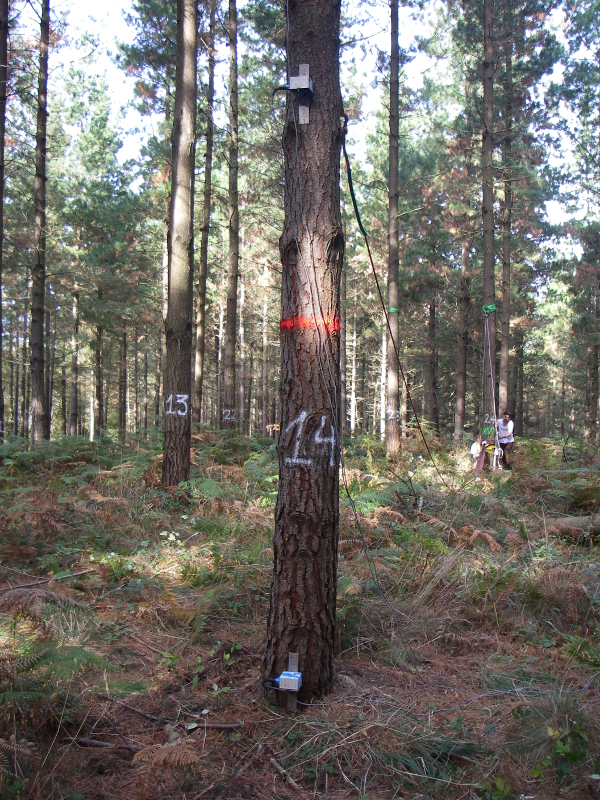 The new models are called Basaize, designed for North Spain, and ForêtTempête for use across France. The models were tested and validated in both Northern Spain (Locatelli et al., 2016) and Aquitaine (Kamimura et al., 2015) and include 15 conifer species and 5 broadleaved species. 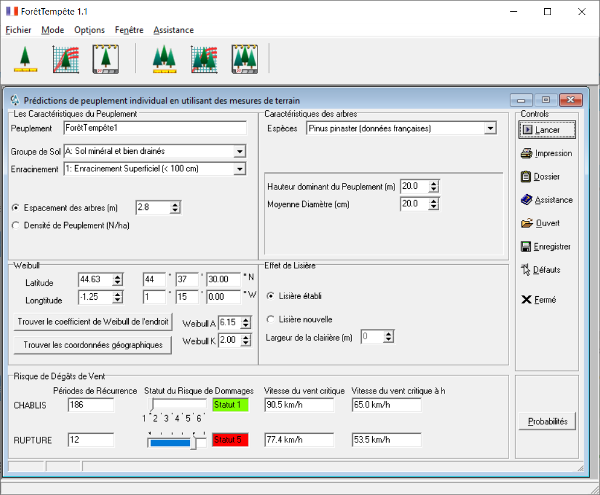 The models were rewritten by Tommaso Locatelli at Forest Research to form an R library (R Core Team, 2019) that can be accessed from Excel© and QGIS© and make the use of the model even more practical and accessible.

A vital part of the development of tools for the forestry sector is technology transfer. The EFIPLANT team, along with their collaborators, were actively engaged in liaison with regional authorities, organising workshops and training events, giving talks to professional forestry organisations and writing articles in trade journals (e.g., Meredieu et al., 2014; Orazio et al., 2014) and guides for the management of forests (e.g., Gardiner et al., 2020).

EFIPLANT has also actively created and maintained databases of useful information including a catalogue of damaging storms in Europe, experimental trials and forest models. 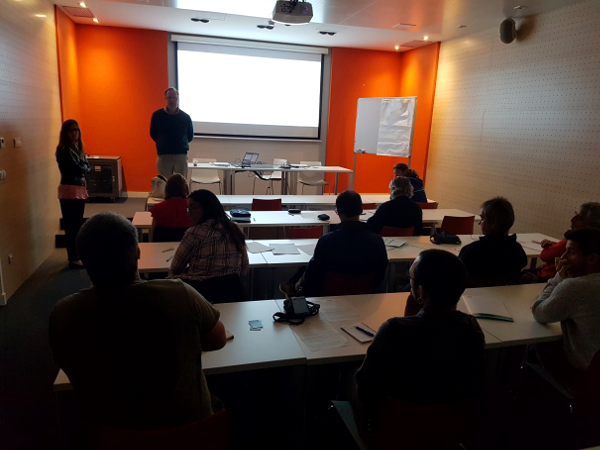 Training forest practitioners in Vitoria-Gasteiz, Spanish Basque Country in the use of the forest wind risk model Basaize. Photo by  Alejandro Cantero

There now exists a suite of software tools for calculating the level of risk of wind damage in the south-west of Europe that can operate from the level of individual trees to forests across a whole region. The models can be used as stand-alone software, incorporated into spreadsheets or GIS or the predictions displayed in map form. They allow forest managers to determine the implications of management choices and for regional planners to assess the overall level of risk in their region if another severe storm like Storm Klaus was to occur.

The tools have now been included as key parts of the contingency planning for future wind storms by the French Ministère de L’Agriculture et de L’Alimentation (MAA, 2018). 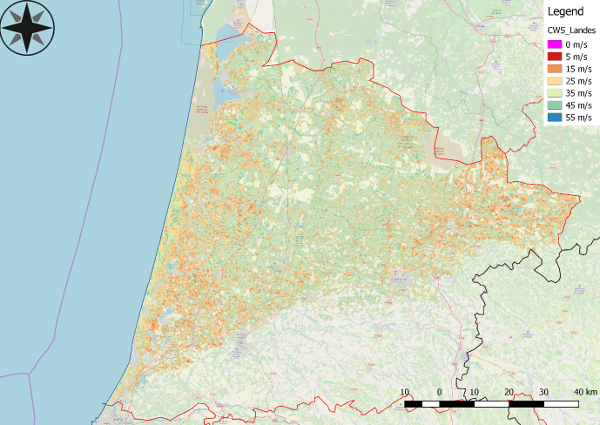 Critical wind speeds required to initiate wind damage to forests across the Landes Département of Nouvelle-Aquitaine. Caluclated in QGIS © by calling the R vesion of ForêtTempête.

This work has been carried out in close collaboration with a number of other European institutions, in particular with INRA, ONF and CNPF in France, Forest Research in Scotland, and Hazi, Neiker and CETEMAS in Spain

Photos and images by Barry Gardiner 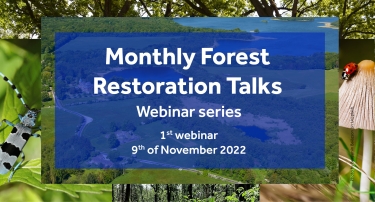 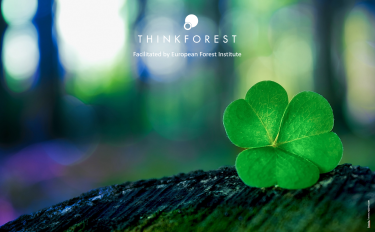 Our recent ThinkForest event brought together scientists, architects and policymakers to explore how forests and wood use can help meet climate goals. Janez Potocnik, the ThinkForest president, opened
Learn more 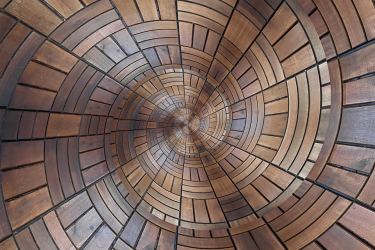 Forests and forestry play a key role in policy targets to achieve climate neutrality. In a comprehensive new European Forest Institute study, a multidisciplinary team of 12 authors from 7 countries
Learn more
See all