Douglas-fir – an option for Europe 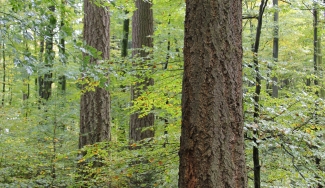 It is expected that European forests provide renewable resources for the bioeconomy, ensure biodiversity and other ecosystem services while help us to mitigate and adapt to and mitigate climate change. To set the course for the future, European forest policies must find a balance between supporting a fast-growing but non-native tree species with not yet fully understood consequences for native ecosystems and, on the other hand, promoting native tree species but thereby likely missing opportunities for increasing future sustainable construction wood supply.

“In the book we aim at describing the state of knowledge available in an objective, comprehensive and science-based way”, says Prof Heinrich Spiecker (Albert-Ludwigs-University Freiburg, Germany).

In western North America, Douglas-fir covers an area of almost 20 million hectares across a huge climatic range that generally features rather dry summers. In Europe, Douglas-fir has been introduced as an ornamental tree in arboreta and parks since 1827. From the end of the 19th century it was planted at a progressive rate in the forests of various European countries, especially after the second world war. This has led to the current relatively high representation of trees up to an age of 60 years.

The main reason for growing Douglas-fir is its high productivity and desirable wood properties. The value chain of Douglas-fir provides thousands of jobs and tens of millions of euros worth of income and employment. Today, other factors have to be considered as well. These may be positive, such as Douglas-fir’s capacity to adapt and mitigate to climate change, or negative, such as public perceptions concerning detrimental effects on native ecosystems and their biodiversity.

“Douglas-fir – an option for Europe” has been published by the European Forest Institute in the What Science Can Tell Us- series. The publication is based upon work from COST Action FP1403 NNEXT, supported by COST (European Cooperation in Science and Technology). 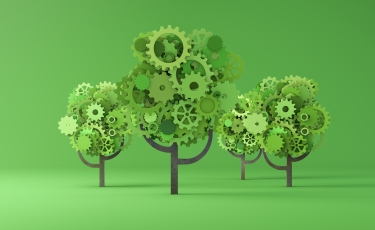 Due to the drastic consequences of natural disturbances that have taken place this year, and the upcoming changes in the Scientific Advisory Board (SAB) memberships next year, the EFI Board considered
Learn more

EFI’s 2022 Scientific Seminar on 6 October shattered any notion of a forest research silo with a cross-sectoral exploration of the transformative potential of trees, forests and wood to rethink the
Learn more
See all