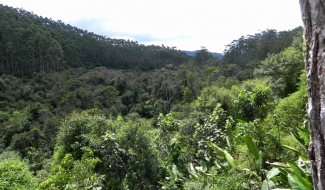 In 2013, the 3rd International Congress on Planted Forests was held to discuss the current state of knowledge on planted forests globally and regionally.  Among a number of findings, the congress noted that the planted forest area was continuing to increase and that the goods and services provided by these forests were becoming increasingly diverse.

Among several recommendations (ICPF 2013 Summary Report), the congress called for increased international scientific cooperation to strengthen the commitment to research and development and considered such efforts as being critical to the sustainable management of planted forests.

The Task Force was a new tool set up at that time by IUFRO to address multidisciplinary work and improve the interface between IUFRO science activities and policy initiatives, and it was identified as being appropriate for organising coordinated activities on the topic of planted forests. Two Task Forces have been accepted and promoted by the EFIPLANT unit head.

The first one, Sustainable Planted Forests for a Greener Future, covered the period 2015-2019 and involved a group of 23 people from different institutions worldwide. It focused on key issues related to the intensification of planted forest production in order to meet the increasing need for forest products from a growing population but doing this in a sustainable way and facing the changing global environment (Sustainable Intensification).

The more recent IUFRO Task Force, Resilient Planted Forests Serving Society and Bioeconomy, was officially accepted in September 2019. This new edition has a larger group in which all divisions are represented and member profiles are more diverse with more non-academics joining the group.

It aims to pass messages to the European Parliament about the benefit of plantations for bioeconomy and about the resilience issues associated with these forests. In addition, it will continue to liaise with the FAO and its related bodies, such as the International Poplar Commission (IPC). Social scientists will analyse topics, such as the perception of planted forests by society, motivating the task force to develop more opportunities for dialogue alongside NGP. Understanding the contribution of Agroforestry

Agroforestry is only applied in less than 10 % of agricultural land in Europe.
Read more
See all