How can we measure forest resilience? 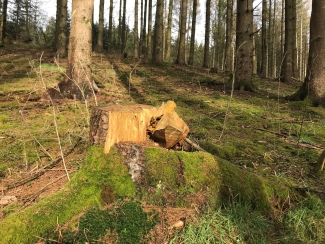 What does resilience mean to you? Is it the ability to endure stress and still be able to perform? Or the capacity to recover after a catastrophe? Either answer could be right, as the definition of resilience is under a continuous debate. However, as current forest policies advocate building resilience with forest management, they create a point of frustration for forest managers: how do you implement something that you are not exactly sure of what it means in the first place? We tackled this problem with a workshop “Operationalizing Forest Resilience”, that was organised on the 6th and 7th of September 2018 in Bonn. We invited scientists from Europe and the USA to discuss how we can help forest managers to implement resilience in practice. And it is not as easy as you would think.

Before going into detail on forest resilience and how to operationalise it, let us clear up some basic conceptions of resilience. Even though there are more than 160 identified definitions for resilience, the three most commonly used are engineering resilience, ecological resilience and social-ecological resilience. While the exact definition is still debated, resilience of a system is often presented as a ball and cup metaphor as was done by professor Rupert Seidl from the University of Natural Resources and Life Sciences in Vienna (BOKU). If the ball in the cup always returns to the bottom, we can say that the system is resilient. However, if the ball gets easily out of the cup, the system lacks resilience.

So what about forest resilience then? Where is the cup and what is the ball? Firstly, we need to clarify what do we mean with forest: do we talk only about the forest ecosystem or forests as social-ecological systems, meaning that we also consider the society that is economically and socially interacting with the forest? The opinion of the workshop group was, that we should think of forests as social-ecological systems: any decision a forest manager will need to make is heavily affected by both the ecosystem as well as by societal demands and perceptions. Another important aspect to remember when talking about forest resilience is that forests are dynamic systems and disturbances like storms and pests have always been a part of natural cycles of forest dynamics. Therefore, the point of resilience is not to completely prevent disturbances from happening but to make sure that the forest can deal with them: to resist them, to recover from them and to adapt to future challenges.

This sounds complicated, does it not? No wonder the forest managers are frustrated. Scientists have made many attempts to render the concept more usable for practice. Professor Tobias Plieninger from the University of Göttingen and the University of Kassel presented us the Satoyama Initiative framework that was used to develop indicators of resilience for socio-ecological production landscapes, such as agricultural fields and forests. One more concrete example from forestry was demonstrated to us by Dr Elena Cantarello from the Bournemouth University. Her team had used the resistance (how much a variable changes during a disturbance), the recovery (how long does it take for a variable to recover from a disturbance) and the net change (how much the variable changed compared to the state before disturbance) to measure, how resilient the New Forest in England was. Dr Kristen Waring from the University of Northern Arizona presented another example. Her team had developed a set of indicators to assess the resilience of the Arizonan ponderosa pine forest, where each indicator (e.g. diameter distribution skew) was given a threshold value. If the indicator exceeded the threshold value, it was scored 0. In the end, all the scores of different indicators were summed up and this presented the resilience of the forest.

These examples provided useful examples for our discussion on how to better implement resilience into forest management. One challenge of building a framework that a forest manager can use to assess the resilience of their forest is that resilience very much depends on different scales. Decisions that improve resilience for the next ten years might not improve resilience for the next hundred years. Management options are different for 1 ha and 100 ha. There is also a difference between societal scales and ecological scales: our economy has a quarter year perspective; our political system has a period of reign perspective, which often lasts four years. Forest ecosystems, however, operate on decadal to centennial perspectives. 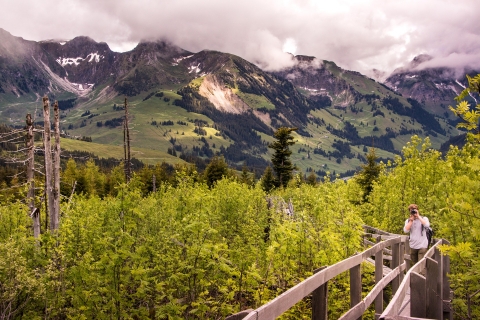 The discussion turned towards understanding the factors a forest manager can identify and actually do something about. They might not be able to change the demand for spruce timber, but they can do something about how it is grown. We started brainstorming from bottom-up: what are the factors that are part of resilience both in the society and the ecosystem? Surprisingly, we recognized a lot of common factors between the human and ecological part of the system. For example, diversity was seen as an important factor of resilience in both parts of the system: diversity in species and diversity in actors both indicate that not all players react or act the same in a face of a change. However, it was also recognized that there are trade-offs: single species systems might not be very resilient, but too much diversity is not good either if you want to maximize resilience.

The goal of this workshop was to create a framework on how resilience could be implemented in practise. While we did not finish the creating of such a framework, we did manage to come up with quite an exciting idea how it could be done. So you can expect to hear more from us soon.

Funded by the European Commission to promote large-scale forest restoration in support of the EU Green Deal, the new Horizon 2020 project SUPERB, coordinated by EFI, has created quite a buzz on social
Learn more 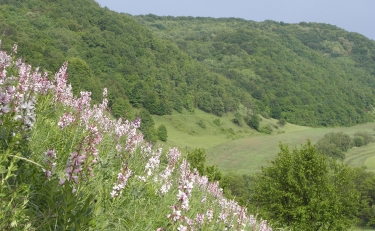